Q & A: The Midwest Drought with Richard Seager 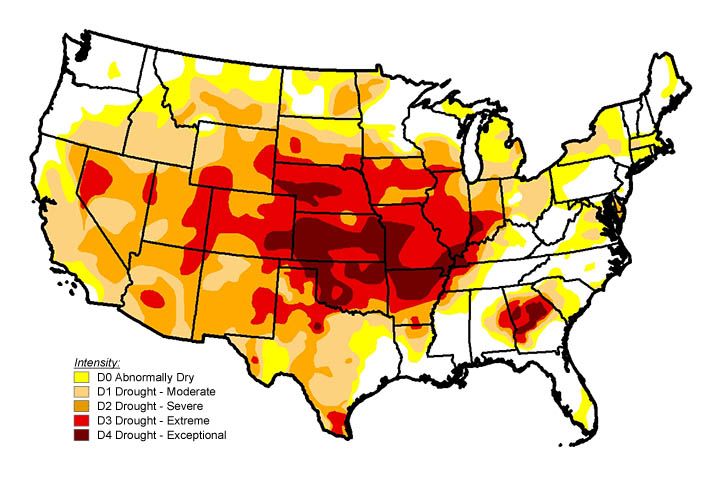 This drought severity map was updated on August 21, 2012. It was generated by the National Drought Mitigation Center. For more information about the map, please visit this site.

The current dry spell has been called a “flash drought.” Has it really come on that quickly or as a surprise?
No, I wouldn’t say it has been a surprise to those of us who closely watch the seasonal annual forecasts and the La Niña and El Niño forecasts. I don’t think that’s something that has come across in a lot of the news coverage. It’s not like this has come on that quickly.

Remember all of those stories last summer about the drought in Texas? The drought did ameliorate some in the winter, but then the interior Southwest dried out, which is exactly what you would expect during a La Niña winter.  And then it really expanded north in the late winter, which was more surprising.  Now it’s gotten up into the Midwest and even up into New York where I am. I think the extension toward the Northeast, which is remarkable, has been caused by some random atmospheric variability that’s being added on to the forcing coming from the tropical Pacific Ocean.

A recent IPCC report on extreme weather events and climate change indicated that the link between climate change and droughts in North America isn’t straightforward. Do you think there is a link between the two?
I don’t think you can make a direct link because the natural variability is so tremendous. It is really hard to definitively detect human-induced changes for a specific region. Climate forecasts do predict that much of the southwest and the southern plains will get drier, but the human-induced component should be relatively small in comparison to the natural variability. However, we do have a background warming trend in the Southwest, so when these droughts come along, they happen in a warmer environment. That adds an extra layer of water stress. I do think that climate change plays an important role by making these La Niña-induced droughts worse than they otherwise would be.

Is the cause of this drought a lack of precipitation this summer or the lack of snowpack from the winter?
The lack of snowpack has definitely played an important role. Partly because of the La Niña, there was very little snow across the United States this past winter.  We had very little snow melt in the spring, so we entered the summer with much drier soil to begin with. That’s probably  contributing a positive feedback, in addition to the fact that the storm track has shifted way north. 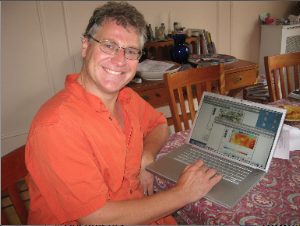 This entry was posted on Wednesday, August 22nd, 2012 at 6:21 pm and is filed under Uncategorized. You can follow any responses to this entry through the RSS 2.0 feed. Both comments and pings are currently closed.

3 Responses to “Q & A: The Midwest Drought with Richard Seager”