Earlier this week, as India endured the worst blackout in its history, many readers and members of the media asked us to show the vast country without lights. Just a few weeks ago, Earth Observatory showed the world what the Mid-Atlantic United States looked like before and after a massive storm-induced blackout. (We also showed the city lights of London.)

But this week, there was nothing to see…at least from space. Here is India before the blackout, as viewed through the day-night band of the VIIRS instrument on the Suomi-NPP satellite: 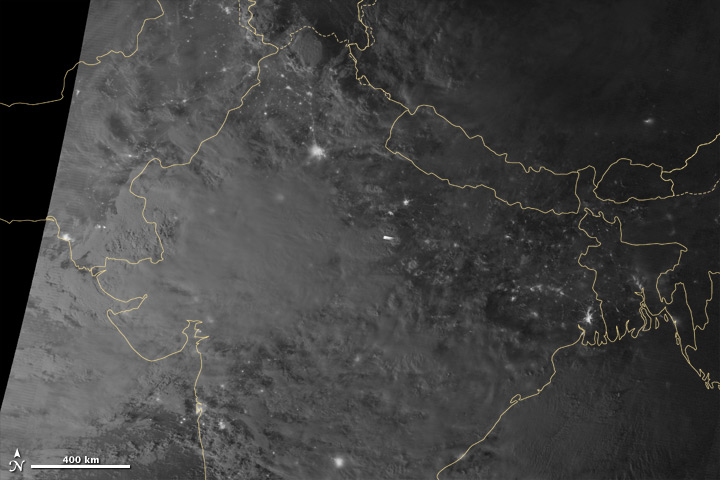 One night later, the view was not much better… 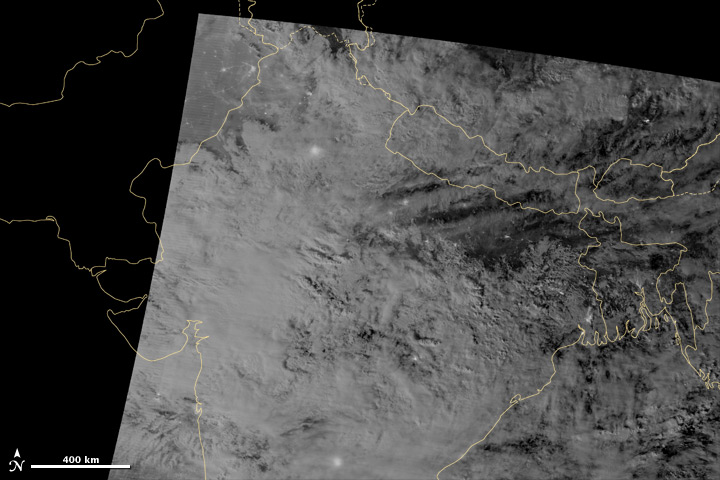 Surely there is a blackout under those clouds, as nearly half of the nation (and 600 million people) went without power for parts of two days. You can catch a faint hint of more or less light between July 30 and 31 in the northeastern portion of the images. But mostly, the view is clouds, clouds, and more clouds. They are lit by moonlight, at least.

This entry was posted on Thursday, August 2nd, 2012 at 10:32 am and is filed under Uncategorized. You can follow any responses to this entry through the RSS 2.0 feed. Both comments and pings are currently closed.